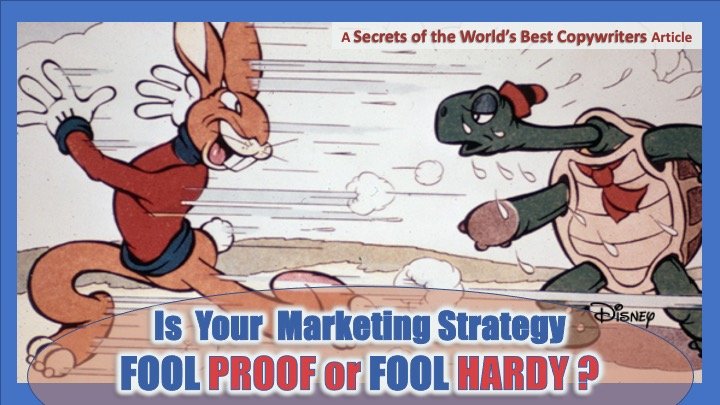 Do you have a Foolproof Marketing Strategy or a Foolhardy one?  To get a foolproof marketing strategy, you might want to examine your expectations. 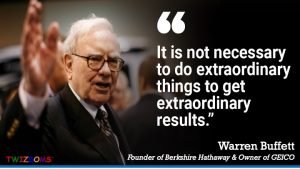 A bit of wisdom from the Oracle of Omaha.

I could say I’ve been preaching this foolproof marketing philosophy for over 30 years (true).  Unfortunately, that won’t wash considering Mr Buffett is:

My only saving grace here is that W.B. is a financier and money genius, whilst I am a published copywriting and Foolproof Marketing Expert (…I know…big deal).

But here’s what really IS a big deal.

There are millions of copywriters, small business entrepreneurs, and Non-Profit Organization (NPO) leaders who fervently believe the opposite of Mr Buffett.  They believe:

I am so sorry I must disappoint them.

A Story About A Madman

Rosser Reeves was the head of a Top 5 International Ad Agency headquartered on Madison Avenue.

Mr Reeves was the copywriting genius behind the famous taglines of M&Ms, Wonder Bread, Rolaids, and more.  Reeves also created the Unique Selling Proposition (USP), the industry’s differentiation standard.  He was a man of steely conviction – and at one time, my boss’s, boss’s, boss’s, boss’s boss.

Rosser Reeves was one of the Madmen who were the inspiration of the hit TV show and the giants of copywriting in whose honor Write Like A Madman University is named.

A Strategy Disagreement Among Titans

A discussion between Mr Reeves and another agency head revolved around the importance of “great”, “fresh”, “creative” campaigns.

The unnamed agency head believed strongly in cutting-edge creativity.  Reeves, in a simple, universal message that could stand the test of time.  During the discussion, Reeves proposed a $1 million bet (this was in the 1960’s when a million was actually a lot of money).  The bet was this:

Mr. Reeves’ friend did not accept this bet.

The Moral Of The Story

Like the Hare in the race with the plodding Tortoise, some marketing campaigns take off meteorically and refresh frequently (foolhardy, IMO); these are generally no match for campaigns with solid, short, memorable, universally understood messages, repeated, and repeated, over time.

If you should be fortunate enough to have a message like this, and the urge should come over you to “freshen” your message in case it should go stale, my advice to you is to lie down until that urge passes.  Don’t do it.  Think…

ALL are still in use today.

The Other Side Of The Coin

One of the best (worst?) examples of a foolproof marketing message that was changed before its time is Burger King’s “Have It Your Way” – 1973 (BBDO International).  To discover the “Rest of the Story”, grab a read of my recent article “Burger Wars”.

If, like me, you are into fascinating reads about the copywriting/ marketing/ advertising side of business, I highly recommend a book by the man behind “Have It Your Way”, Chris Schoenleb.  His book, “Battling Marketing Myths” can add to your understanding of behind the scenes decision making and occasional intrigue in and out of the board rooms.

If you’re interested in learning about more about foolproof marketing strategies and loads of other great stuff, I invite you to visit Write Like A Madman University.    To gain more insight, take the Virtual Video Tour, and even sit-in on the first video session of my copywriting course, Write Like A Madman and Make Money Like Crazy.  As the saying goes, “Nothing to lose; everything to gain.