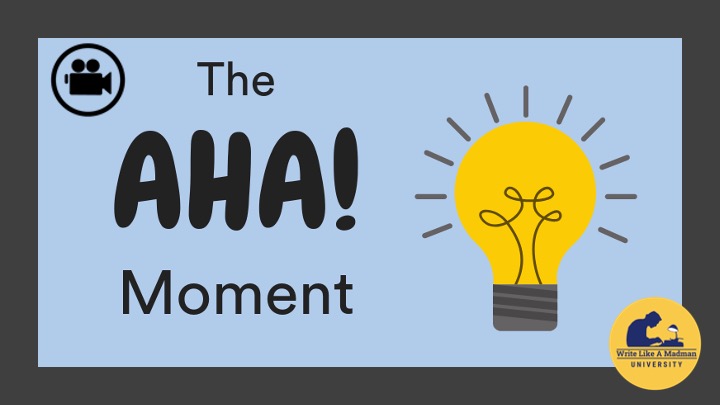 The AHA! Moment – A Valuable Copywriting Lesson In A Story

I was just going over on a webinar with some of our clients, the idea that these days how quickly you have to get into the head of your prospect.  Think about this, the average attention span of an adult in our society is eight seconds.  Now I don’t know what it means to you, but I compare it with a goldfish – when they actually measured the attention span of a goldfish at nine seconds.

So, the idea is to get that person to the AHA! Moment as quickly as you can. Usually, within seven to eight seconds.

Now, that AHA Moment means I want it.  Oh, that’s interesting, that’s a benefit, I can get that. And once he gets that AHA! Moment, you have his or her attention.

I’ll tell you a little story I shared with the people…and…I think it’s fairly apropos.  It’s about this man, Mr. Burns.  Mr Burns was a person who worked in Boston, and just about every day he walked down to his favorite restaurant for a bowl of chowder for lunch. He loved their chowder.

In fact, I have the little coaster right here is, if you can see it, the Union Oyster House, the oldest restaurant in America.

Anyway, Mr Burns goes in, takes his usual table, and the waiter – who’s been there for some time – goes over and says “Hello Mr. Burns.  How are you today?”

He says, “Mr Burns, what are you talking about how’s the chowder.  Chowder’s wonderful.”

He says “Yes, but how’s the chowder today?”

“So, the chowder’s wonderful…but how is it today, Morris”

He said, “I had it myself for lunch.  It’s delicious.”

“You know Morris, I think I’ll have the chowder.”

So, Morris goes into the kitchen and brings him a bowl of the wonderful chowder they make there…and…Mr Burns calls him over. “Morris.”

He said, “What are you talking about – taste the soup? Why would I want to taste your soup?”

“All right…I’ll taste the soup – give me a spoon.”

Now, Mr. Burns didn’t know a thing about copywriting.  He could have gotten down to the AHA! Moment immediately by saying, “Morris, I don’t have a spoon”.

But no.  He went through a whole bunch of rigamarole…and that’s what you can’t do as a Copywriter.

Get to the AHA! Moment as quickly as you can.

Author’s note:  On my very infrequent trips to New England (I’m a Arizona Guy) I stopped at the Union Oyster House every chance I got .  The chowder is phenomenal as is the Oyster stew and every other darn thing I ordered or tasted.  6 Stars out of 5 in my book.  And the ambiance is through the roof!